Unable to Login? We are here - cs@businessjeeto.com
Cart (0 Items )
There are no items in your cart
Add More 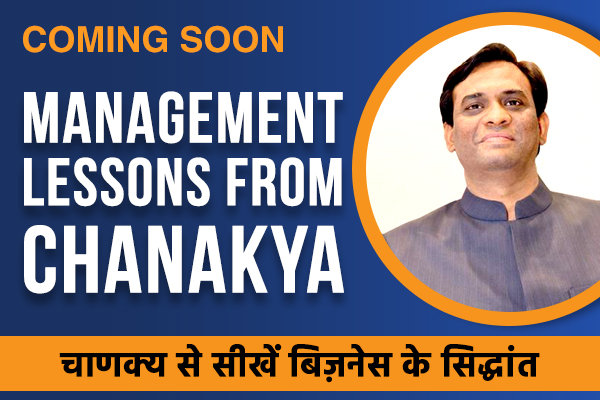 Dr. Radhakrishnan Pillai is a Ph.D. from the University of Mumbai and has done extensive research on "Kautilya's Arthashastra" from the Chinmaya International Foundation (CIF), Kerala under the guidance of Dr. Gangadharan Nair (Dean of Adi Shankara Sanskrit University). He is also an MA in Sanskrit. On the popular side, Dr. Pillai is known for his internationally best-selling book Corporate Chanakya and other books in the Chanakya series.

With nearly 25 years of experience, Dr. Pillai is a leadership speaker, trainer, and personal mentor, who trains leaders and aspirants from various fields including corporates, politics, academics, and public services. He is a certified management consultant from the International Institute of Management Consultants. Dr. Pillai is the Director at SPM Foundation and Founder Director of Atma Darshan Pvt. Ltd (a Spiritual Tourism Company) & Chanakya Aanvikshiki Pvt. Ltd (a Leadership Training & Mentoring Institute). He has been recently appointed as the Deputy Director of Chanakya International Institute of Leadership Studies (CIILS), as an autonomous Institute based in the University of Mumbai, Kalina Campus.

He has written nearly 200 articles and papers for various magazines, newspapers and journals. He has given a TEDx talk on How to Become Richie Rich. He has also hosted a radio show "Ask Chanakya" on the Moksha Channel of Worldspace satellite radio.

He is a visiting faculty in prestigious institutes in India and abroad including the IIT, IIM, Indian Institute of Science (IISc) among others. He has been a trainer and strategy consultant to over 500 organisations like Indian Army, Navy, Air force, Indian Police, various NGOs, private, public sector and government organisations.

He has been awarded the prestigious Sardar Patel International award 2009 and Aavishkar Chanakya Innovation Research Award 2013 for his research and contribution in the field of management & Industrial development. Recently, he was honoured with the LOKMAT National Education Leadership Award as the Best Professor in Philosophy. He is rated among the top 30 Indian Management Thinkers globally by Thinkers50.com.

Dr. Pillai is the best-selling author of 10 books. His first book "Corporate Chanakya" has been on the best-seller list since its launch in 2010 and used as a textbook in various Business schools in India and abroad. The book has the unique distinction of being made into an audiobook, the world's first management film on Chanakya's teachings - "Chanakya speaks" and translated into 10 regional languages. His second book "Chanakya's 7 Secrets of Leadership" along with Mr. D. Sivanandhan (ex-DGPMaharashtra Police) has created waves in the corporate world since its release. His third best-seller book "Chanakya in You" got him various awards, including India's most popular "Crossword Raymond book of the year award", 2016. His fourth book "Katha Chanakya" was the first book to be launched internationally in New York, USA in November 2016. The fifth and sixth books "Chanakya in Daily Life" & "Aanvikshiki - Inside Chanakya's Mind" has been appreciated all around in media and has been on the focus list of almost all the publishing retailers. His seventh book, "Chatur Chanakya" is his first children's book and is making waves across India already. His eighth book, "Thus Spoke Chanakya" is freshly out on the market but has made its way on the bestseller list already. His ninth book, "Chanakya and the Art of Getting Rich" has gained popularity amongst the business community. His tenth book, "How to Write a Book and Make it a Bestseller" is his only non-Chanakya book and talks about how he consistently made all his books bestsellers.